Warning: "continue" targeting switch is equivalent to "break". Did you mean to use "continue 2"? in /homepages/29/d217113380/htdocs/clickandbuilds/WordPress/MichelleGeorgePhotography/wp-includes/pomo/plural-forms.php on line 210
 90’s Supermodel and the new Fujifilm X-H1 | Michelle George Photography 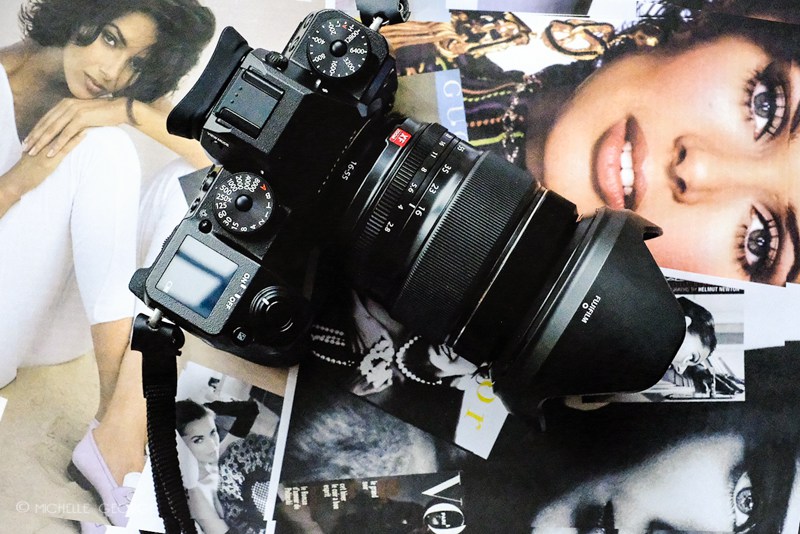 A few years back I shoot the iconic 90s supermodel Heather Stewart Whyte, Heather had recently taken a break from modelling to focus on her health. However, at the beginning of this year we meet for lunch and decided to shoot again. The idea was to create something in a similar ilk to the  90’s fashion and beauty campaign that Heather was frequently the face off and what better excuse did I need to test drive my new Fuji flagship camera: The FujiFilm X-H1

In reading the review on this camera you need to bare in mind three things; one that I am a stills photography so will not be reviewing the video feature (though I hear this is second to none), two, as always, I will give my personal opinion as a working photographer and keep the technical jargon to a bare minimum; I leave that to the other pundits 🙂 and three that the last Fuji camera I owned was the Fujifilm X-T1 not the X-T2, so I can’t compare, though I have included this link that lists the main differences between the Fuji X-H1 and X-T2, for those that are interested.

The bigger the better?

Those who remember my original review on the  Fujifilm X pro 1  will recall my initial attraction to it was based on it’s retro style and dinky design. The Fuji X -H1, however, has kind of sold out on this point, despite it still being considerably smaller than most DSLR’s it does seem to lack the retro charm of the Fuji X Pro1 and X T1 and also the X-T1’s exposure compensation dial has been replaced with a more modern looking LCD screen, which I’m not too keen on. Nevertheless, as they say beauty is not only skin deep but remains in the eye of the beholder (I know some photographers who prefer this design) and it certainly makes up for it in other ways; for example the larger eye cap is a lot more comfortable and the bulky designed does gives a better grip.  And if I’m totally honesty for all it’s aesthetics and charms the body of the X-T1 did not stand the test of time and by the end of my trip to South Africa, in 2016, I noticed the rubber outer body had started to peel away, despite it’s claims to be weather sealed. Let’s hope the X-H1 is made of sturdier stuff.

So I’ve ascertained that my attraction to this camera was not love at first sight, like the others.  It was more based on Pragma.  The Fujifilm X-H1 has already been hailed as the preferred choice of wildlife photographers (now a hobby of mine) due to it’s improved AF algorithm being able to detect fast moving subjects more precisely, this promises autofocus in as little as 0.06sec and a startup time of 0.3. That in combination with the new leaf-spring in the shutter release allows for fluid continuous shooting overall. This is also a bonus for capturing movement and emotion in fashion and portrait. See Below:

The auto focus on this camera is ridiculously fast and handles completely differently to the other Fuji models I have tried out; it’s a marked improvement, for sure. The downside is the electronic front curtain shutter can be a little too sensitive sometimes, resulting in you sometimes taking mistaken shots.

The other big deal with the Fuji X H-1, which everyone is talking about, is the IBIS (In body image stabiliser) This is pioneering and makes a huge difference in stills photography, especially if you shoot hand held, as my Tromsø trip proves I am guilty of. You now no longer need a tripod for sharp images. Yay!

This was also an added bonus as the two lens (Fujinon XF 16-55mm F2.8 R , Fujinon XF 56mm F1.2 R) I used on my shoot with Heather both lacked Optimal Image Stabilisation (OIS). The only draw back being if IBIS is left on continuous mode it does tend to rinse the battery.

Before I round up this review I would like to talk about what I call the bells and whistles that have been added to the Fuji X H-1, most of which I have no use, for but others may find useful.

So far this camera has won me over on it’s improved AF algorithum and and IBIS alone. I have still to get use to some of it’s bells and whistles but have a feeling this will be the start of a beautiful friendship…

Photography Assistant and Behind the scene photography: Alex Brock

Behind the scenes by Alex Brock taken on the  FujiFilm X-T20 with Fujinon XF 35mm f1.4 (I will personally be review this camera at a later date)